The Aurora Prize for Awakening Humanity is a global award given annually to people who put themselves at risk to advance the well-being of others. Recipients of the Aurora Prize are recognized for the exceptional impact their actions have made on preserving human life and advancing humanitarian causes.

On behalf of the survivors of the Armenian Genocide and in gratitude to their saviors, an Aurora Prize Laureate will be honored each year between 2015 and 2023 (in remembrance of the eight years of the Armenian Genocide 1915-1923) with a US$100,000 grant as well as the unique opportunity to continue the cycle of giving by nominating organizations that inspired their work for a US$1,000,000 award.

The inaugural Aurora Prize was presented to Marguerite Barankitse, the remarkable founder of the Maison Shalom orphanage and the REMA Hospital in Burundi. She was chosen for her unyielding dedication to helping others in times of darkness and despair. After watching 72 of her friends and neighbors killed in front of her during Burundian civil war, Marguerite took their children in and offered them shelter during the violence. She grew Maison Shalom into a center to restore children’s dignity through civil war and an HIV/AIDS epidemic that left many orphaned. After fighting on behalf of human rights in Burundi, she was exiled from her home country, though she has continued her work advancing aid and rehabilitation for child refugees and orphans from Rwanda and other neighboring countries. 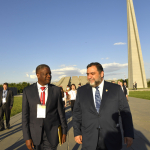 Aurora Prize Guests Paid a Visit to the Armenian… 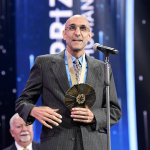 The $1.1 Million Aurora Prize for Awakening Humanity was awarded tonight to Dr. Tom Catena, a Catholic missionary from Amsterdam, New York who has saved thousands of lives as the sole doctor permanently based in Sudan’s war-ravaged Nuba Mountains. The Aurora Prize, granted by the Aurora Humanitarian Initiative on behalf of the survivors of the Armenian Genocide and in gratitude to their saviors, was announced at a ceremony in Yerevan, Armenia. He was selected as the 2017 Aurora Prize Laureate from more than 550 nominations submitted from 66 countries. 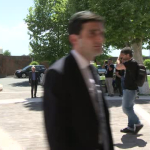 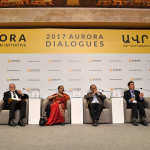 2017 Aurora Dialogues at the Matenadaran

The second day of the Aurora Dialogues was held… 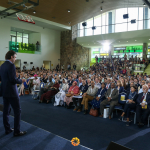 The first day of the Aurora Dialogues featured… 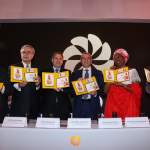 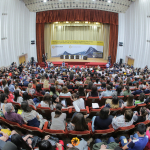 Conversation with the 2017 Aurora Prize… 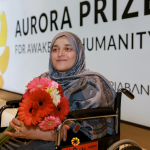 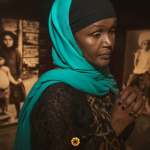 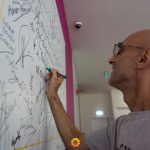 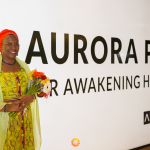 Marguerite Barankitse, the inaugural Aurora Prize Laureate, is paying a special visit to Armenia in advance of the weekend of events marking the presentation of the 2017 Aurora Prize for Awakening Humanty. She is meeting with communities, cultural and religious leaders in Armenia and Artsakh and will present her mission and the impact of the 2016 Aurora Prize. 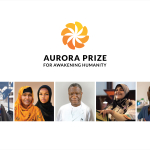 The Selection Committee for the Aurora Prize for Awakening Humanity has today announced the names of the five 2017 finalists who have been chosen for their exceptional impact, courage and commitment to preserving human life and advancing humanitarian causes.